A Travelbound school trip to Russia is the perfect opportunity to teach your students a real life history lesson. Steeped in centuries of political turmoil and cultural triumph, this vast country is an ideal destination for your educational tour.

Russia is a vast country steeped in centuries of political turmoil and cultural triumph.  Students studying he Russian Revolution, The Tsars, WWI, WWII, Communism, Leninism, Stalinism, and the Cold War will relish the opportunity to visit the fascinating cities of Moscow and St Petersburg.

Visit the nation’s capital Moscow where you will find traces of the former Soviet Union at every turn; Explore St Petersburg, the ‘Venice of the North’ and walk in the footsteps of Lenin and the Tsars.  Both cities are rich in art and culture and have a hugely significant history, particularly relevant for those who are studying the 20th century.

The magic of Russia comes to life through the festivals, theatre and of course, the world-famous ballet. Not only can students immerse themselves in the captivating captivating arts scene of this country, but Travelbound can also arrange performances at many of the beautiful churches including the catholic churches of the Assumption and Our Lady of Lourdes.

THE HIGHLIGHTS OF RUSSIA 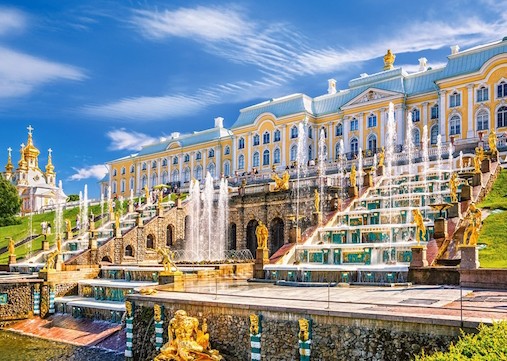 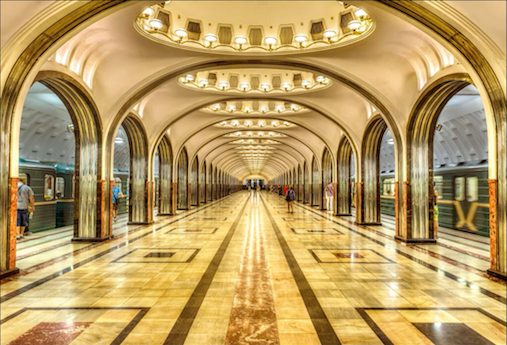 The Catherine Palace is named after Catherine I, the wife of Peter the Great, who ruled Russia for two years after her husband’s death. Originally a modest two-storey building commissioned by Peter for Catherine in 1717, the Catherine Palace owes its awesome grandeur to their daughter, Empress Elizabeth, who chose Tsarskoe Selo as her chief summer residence. Starting in 1743, the building was reconstructed by four different architects, before Bartholomeo Rastrelli, Chief Architect of the Imperial Court, was instructed to completely redesign the building on a scale to rival Versailles.

Pavlovsk Palace is an 18th-century Russian Imperial residence built by Catherine the Great for her son, Grand Duke Paul, in Pavlovsk, within Saint Petersburg. After his death, it became the home of his widow, Maria Feodorovna. The palace and the large English garden surrounding it are now a Russian state museum and public park.

The largest art gallery in Russia and is among the largest and most respected art museums in the world. The collection is both enormous and diverse and is an essential stop for all those interested in art and history. The experts say that if you were to spend a minute looking at each exhibit on display in the Hermitage, you would need 11 years before you’d seen them all.

Paul fortress with cathedral is for the most part under the auspices of the St. Petersburg Museum of History, with a number of permanent and temporary exhibitions charting the various aspects of the compound’s past. The Peter and Paul Fortress is also the centre of a number of St. Petersburg urban traditions, among them the daily firing of the cannon from the Naryshkin Bastion at noon and the “walruses” who use the beach in front of the fortress to sunbathe and swim in ice-holes in the winter.

One of two surviving St. Petersburg residences of the monumentally wealthy Yusupov family, the Yusupov Palace on the Moika River is perhaps most famous as the scene of the assassination of Grigory Rasputin, and is one of the few aristocratic homes in the city to have retained many of its original interiors.

The cabin of Tsar Peter the Great

Today the house – the oldest in the city – is home to a museum, the Muzey Domik Petra I (Museum of the House of Peter I). It gives an idea of life during the very first years of the city of St. Petersburg.
The building, which is just 5.5 meters wide and 12 meters long (18×39 ft), has only two rooms – a study and dining room – and a hall which doubled as bedroom. Inside are some items from Peter the Great, such as his chair – alledgedly built by himself – and his compass. There is also a small boat that Peter made, who is sometimes referred to as the Tsar Carpenter.

The Kremlin and St. Basil’s Cathedral 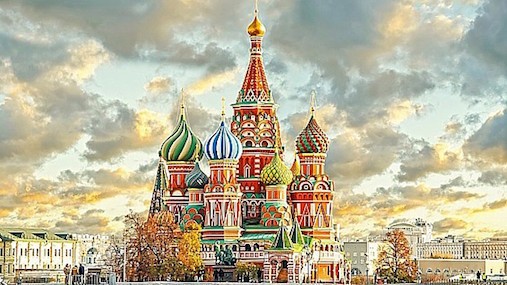 The massive Kremlin walls are very imposing and although one of the most popular tourist destinations in Moscow it is still home to Vladamir Putin, the president of Russia! The Kremlin, Red Square and the iconic (a Russian word) St. Basils Cathedral on the square are a must see when you are in Moscow.

Its exhibitions range from relics of prehistoric tribes that lived on the territory of present-day Russia, through priceless artworks acquired by members of the Romanov dynasty. The total number of objects in the museum’s collection comes to millions.